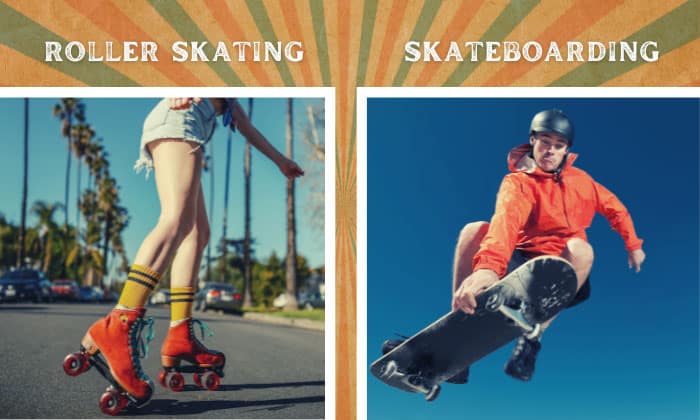 Skateboarding vs. rollerblading? It has been a long-standing debate among many people. The two have pros and cons that make them unique.

However, for newcomers, the differences may not always be so obvious. As a result, it can be downright impossible to pick between the two sports. If you are one of the confused individuals, check out this comparison of roller skating vs. skateboarding.

The Difference Between Roller Skating and Skateboarding

Skateboarding is a sport that can be enjoyed by people of all ages, though it is particularly popular among youngsters. It dates back to the 1950s, while rollerskating was invented much earlier, in 1735. Rollerskating involves skates, which are shoes fixed with wheels. Skateboarding, in contrast, uses wheeled boards. 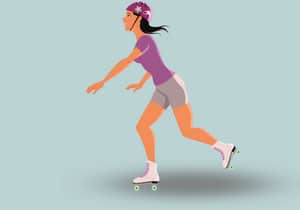 Invented in 1735, roller skating is a sport where you glide on an even surface using skates, which are shoes fixed with wheels. Not to be confused with rollerblades, roller skates two wheels in the front and two in the back, with a toe stop at the shoe’s tip as brake. 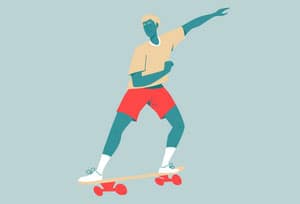 Dating back to the 1950s, skateboarding involves traveling around on a skateboard—a sport equipment consisting of a narrow, oblong-shaped board and four wheels. Other than commuting, skateboarding also involves performing a lot of tricks. 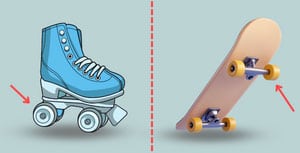 With how the wheels are positioned, it’ll be considerably easier to stand on roller skates. As for skateboards, you’ll have to master several stances to stay balanced on them. Once the boards move forward, it’ll be even harder to stay upright.

However, the smaller wheel diameter of skateboards allow them to make swift turns and roll smoothly on the streets. They do have to sacrifice speed though, meaning roller skates are usually faster than skateboards.

However, the two-wheel setup in roller skates enables them to be speedier and swifter. The wheels of roller skates tend to run smaller and thinner. Hence, they do not deal with curbs as well as skateboard wheels. 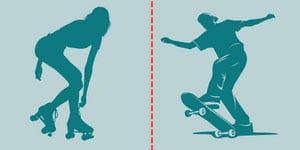 All roller skates feature toe stops, so you only need to gently press the tips of your feet to come to a halt. Meanwhile, there are no built-in brakes in skateboards, so you’ll have to learn stopping techniques, which are rather tricky. 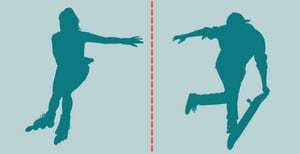 Is roller skating easy? Between roller skating and skateboarding, the latter has a higher learning curve. As a result, performing tricks on skateboards is drastically more challenging—it even requires you to use the laws of physics

This is even clearer in terms of performing flips. It is less challenging to do these with roller skates because you are in control of your body more, given that you’re not limited to a small space as you are with skateboards. 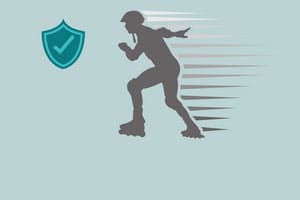 Contrary to what most people assume, skateboarding is not as safe as rollerskating. It is mostly so because beginners have a harder time avoiding obstacles as they would with roller skates.

If you are on a narrow road and cannot steer away from a bump ahead, for example, you will have to ride over it and hope for the best. This can easily lead to you losing balance and face-planting. 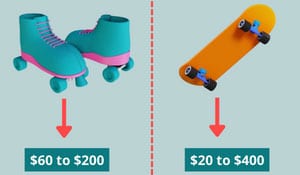 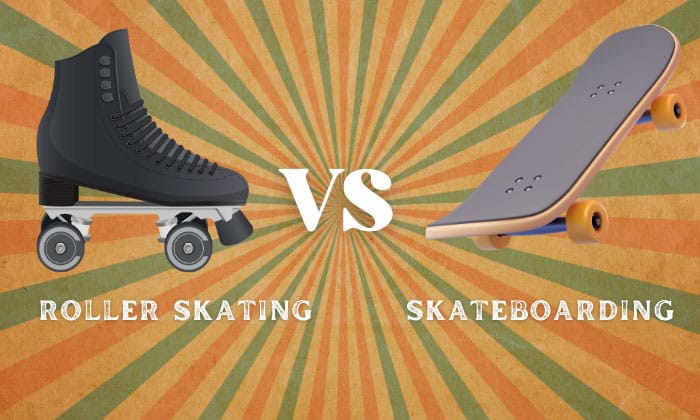 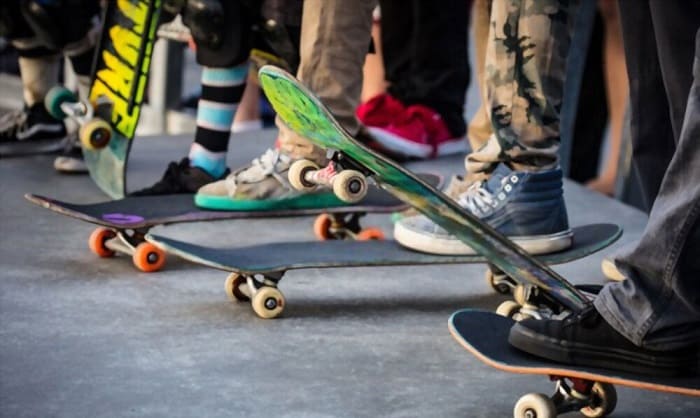 Roller blades vs. skateboards, which is easier?

If you’re to compare skateboarding vs rollerblading, you’ll notice that the latter requires footwear with wheels forming in a straight line. This makes many people wonder “Is roller blading easy?”, as it can seem tricky to balance on a single line.

Not sure whether to go for roller blades vs skate? If you’re not confident with your ability to maintain your center of balance, it’s better to opt for the latter, which tends to be less challenging for most people.

Is roller skating safer than skateboarding?

Roller skating is considered safer because beginners can maneuver to avoid obstacles on the way. For outdoors use, this is particularly noteworthy. It is also simpler to stop on roller skates as they are equipped with brakes.

Is roller skating faster than skateboarding?

Roller skating can reach faster speeds than skateboarding thanks to their larger wheels. But that is not to say skateboards are slow. Skateboards can still go very fast once you get the hang of it.

What do skateboarders think of roller skaters?

Some skateboarders look down on roller skaters because they feel that rollerblading is easy. They tend to deem it a kids’ sport.

But, of course, not all skateboarders hold this mindset. If you want to get more insights into this, check out Reddit threads.

Why is roller skating no longer popular?

Roller skating lost a lot of its popularity because of the COVID pandemic. Rinks were closed, and people were forced to stay indoors, so roller skating waned in rage. But there is still a niche group who enjoy roller skating as a sport or for leisure.

What’s the difference between inline skate vs rollerblade?

Roller blades are a sub-category of inline skate, which also feature fitness, freestyle, speed, trekking, and hockey skates. This is why you’ll sometimes see people refer to roller blades as inline skates as well.

So, will it be roller skating vs. skateboarding for you? You can get some perks with the former, and some with the latter. It all boils down to what matters to you. Choose, then let us know in the comments! We would love to hear from you, and other readers would too!