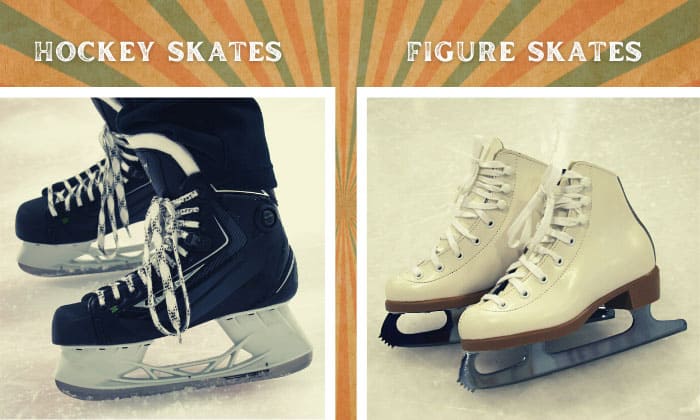 If you are sitting on the fence between hockey skates vs figure skates, this comparative article is a good start. While they may seem fundamentally similar, there are enough differences between these two shoes that they have different benefits and setbacks.

In this article, we’ll compare the footwear for ice hockey and figure skating in terms of functions, design, weight, and cost. We will also provide the notable pros and cons of each shoe design, so you’ll know which option suits you best.

So, to get the information you need for a solid decision, be sure to read until the end! 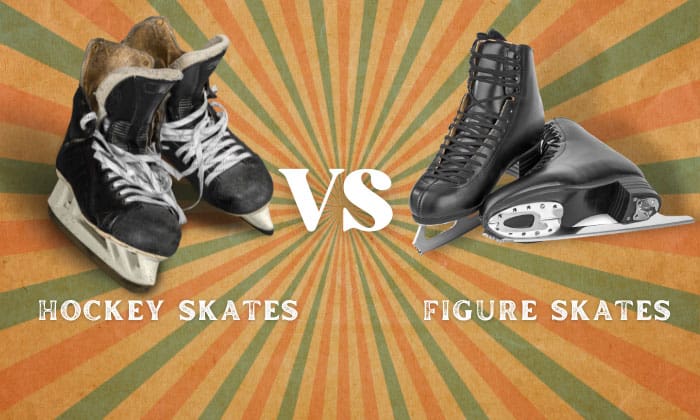 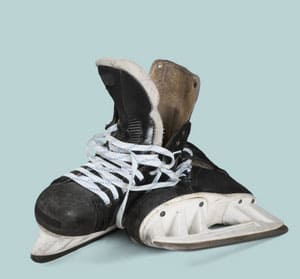 Hockey skates are skates made for ice hockey. The skates make it possible for players to move around on the ice. They are characterized by their soldered short and curved blade with stiff materials as laces. 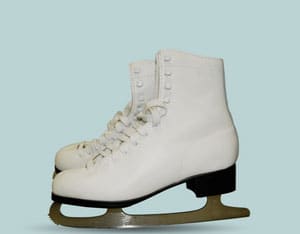 Figure skates are worn by figure skaters. Skaters perform spins, jumps, and even dances on these footwears.

Figure skates have a long flat blade attached to the bottom and toe picks. Their boots are thin and not as rigid as hockey skates.

Although hockey and figure skating are both sports, they are very different. The former involves players skidding across the ice and avoiding the opponents, while the latter sees one person by his/herself gracefully gliding, turning, and jumping. 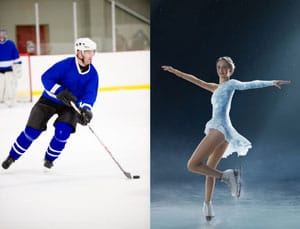 Hockey skates feature short, curved blades. The shorter blade length means that wearers get more stability, which is critical in a game of hockey filled with tight turns in tight spaces.

The curved blade design allows wearers to keep from digging too deep into the ice surface and, thus, skillfully maneuver and pick up speed or slow down as needed.

In addition, hockey skates are soldered on through a ‘tuuk’ – a long, thick piece of plastic. Therefore, they are typically not replaceable.

On the other hand, the blades of figure skates are long and flat. By the toe, they also have ‘teeth.’ These sink into the ice, giving skaters a better grip for maintaining balance at the expense of the ability to turn tight corners and sharp accelerations.

Thanks to the long skates’ blades, figure skaters can amass the velocity needed to stride, leap, and perform other maneuvers. But since it is longer, the blade sticks out and has more chance of injuring others.

Figure skate blades are mounted onto the boots and may frequently have new blades fitted. This accommodates the different blades available for sub-types of figure skating. For example, rollerblade ice skates vs. recreational ice skates vs. speed skates.

Besides the blade differences, hockey and figure skates have distinct boot construction.

Hockey skates are more robust and rigid to guard the wearers’ feet, particularly toes, from sticks and pucks used in a game. Without this solid characteristic, hockey players could easily scuff or break their toes.

When making quick turns or sudden stops, hockey skaters also rely on the stiff boot to keep their ankles from snapping, as they would with figure skates.

Although the tough build gives up flexibility, the lack of it is not as crucial to hockey players as it is to figure skaters. Figure skaters count on the pliancy around their ankles to perform turns and jumps, among other figure skating maneuvers.

That is why figure skates are made of pliable materials and are not as stiff as hockey skates. They are also thinner since there are no external objects to shield against. 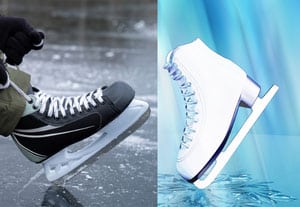 Figure skates are heavier than hockey skates. Since the latter is lighter, it is easier to control and less likely to cause ankle or foot fatigue.

Compared to figure skaters, hockey skate wearers can go longer before they might feel the need to stop. The lighter weight also means that wearers of hockey skates can reach higher speeds.

However, the price tag of a pair of hockey skates or figure skates also depends on other factors, such as the brand and size. 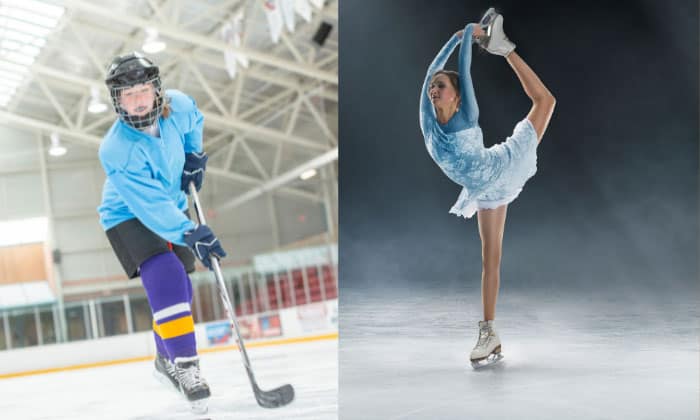 Some people think that hockey skates are easier than figure skates for beginners to get used to because the curved blade helps with walking on ice and balancing in the beginning.

Can hockey skates be used for figure skating?

Note: Likewise, you should not use ​​figure skate in hockey skating.

So, there you have it! All the essentials about hockey skates vs. figure skates. Hopefully, this has been helpful.

With the key differences between hockey and figure skates in mind, consider which of the two suits you better before making a decision. Feel free to share yours with us down below. Or, if you play hockey and do figure skating, share your insights with us!