In the spring of 1982, members of the Golden Gate Park Skate Patrol started a petition drive to close Kennedy Drive in Golden Gate Park to auto traffic on Saturdays as it has been closed off on Sundays. That was 25 years ago. Since then there has been several attempts by the Skate Patrol and others to create “recreational asphalt” by removing the cars from the street in the park. Finally, after years of hard fought political battles, law suits, protests and ballot innitiatives between park users and park institutions, a compromise has been reached that will make the Saturday road closure in Golden Gate Park a reality.

On Friday the 13, 2007, C.O.R.A. President David Miles along with Leah Shahum of the S.F. Bicycle Coalition, Mike Smith of WALK SF, Rick Galbreath of the Sierra Club, Dan Nguyen-Tan of the League of Conversation Voters and Jean Frazier, parent and great negotiator, was put in a room at San Francisco Hall to negotiating a deal with the park institutions to broker some kind of Saturday closure of JFK Drive to cars on Saturdays as it is on Sundays. We spent 14 hours on Thursday, Apr. 12. I didn’t leave City hall until about 5:00 A.M. We had to go back for more the next day. Finally, at about 7:00 P.M. on Friday, April 13, 200, there was a signing ceremony on the deal that we all came to together.

The Mayor, his negotiators, the opposition and our group signed the agreement that will close Kennedy Drive in Golden Gate Park to cars on Saturdays starting Memorial Day weekend, 2007. The closure will be on Kennedy Drive from Tea Garden Drive to Transverse Drive. It will be from April to October each year. There will also be million dollar improvements to Middle Drive West where we will be involved in creating all kinds of skating. We did it. Thanks to all of you that supported us. Please know that your help was a deciding factor. 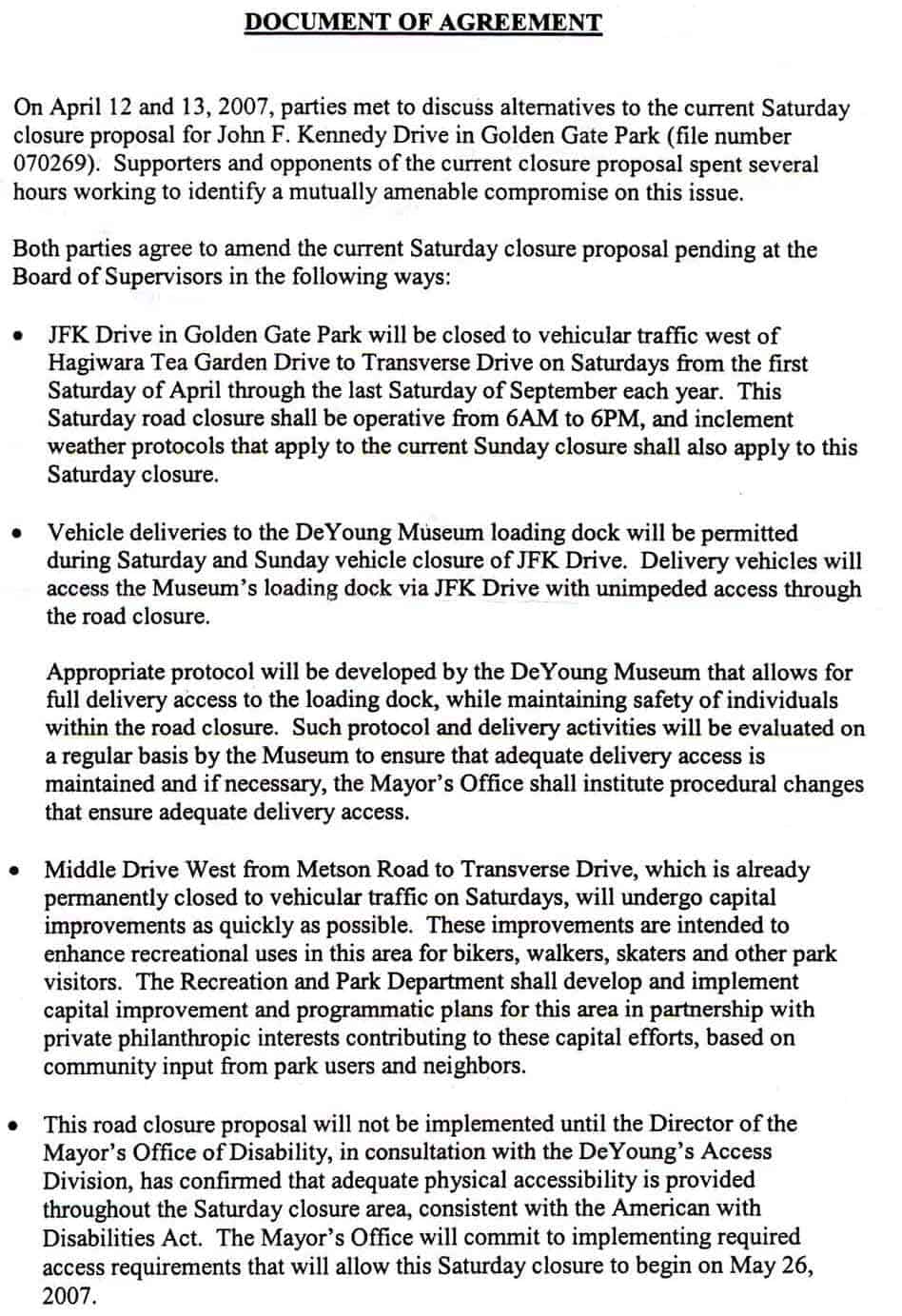