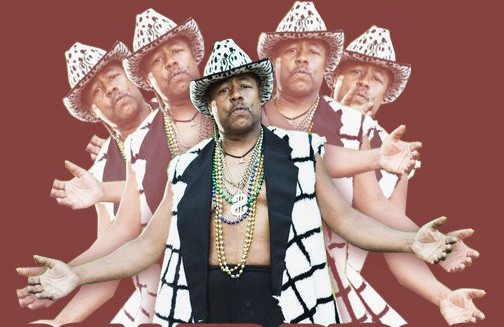 The Godfather of Skating, the Pied Piper of Skating, the Mayor of Golden Gate Park, these are some of the accolades bestowed on David Miles Jr. For the past 41 years, he has been a staunch advocate for everything roller skating. Originally from Kansas City, Mo., David moved to San Francisco in the spring of 1979. His third day in the City, he ventured out to Golden Gate Park to see the sights. While walking through the Conservatory of Flowers, David was startled by four roller skaters that whizzed by. This was unheard of in Kansas City, but it totally fascinated David. The next day he went out and bought his first pair skates. The rest is history!!!

For David, roller skating is life long passion. He has committed himself to the development of this sport. He has developed a very vibrant and successful skate community producing and participating in over 2000 skate events, competitions, races and parades and more. Events like the Napa to Calistoga Road skate, the Bridge to Boardwalk Roll from San Francisco to Santa Cruz, the San Francisco to Los Angeles Skate Against Violence and the Bauer Point to Point from Fresco Ca. To Bakersfield, Ca. have been featured in national magazines including Sports Illustrated and on the front page of newspapers throughout the country.

In 1989 he created the Midnight Rollers Friday Night Skate that saw hundreds of skaters taking the action to the streets every Friday night. The trend spread around the world and is still rolling to this very day. https://www.cora.org/Bladerunners96.html

The Skate Against Violence Campaign is a 450 mile road skate from San Francisco to Santa Monica and Miles has presented this 15 times!!! In 2008 the skate-a-thon began at Kaiser Hospital in Oakland in honor of Oakland resident and skater Regina Lovings.

For the past 20 years David has been taking his love of roller skating to the Black Rock Desert at Burning Man. The Black Rock Roller Disco is an award winning theme camp that brings joy to thousands of people who roller skating in the desert and having a funky good time.

In 2013, as always, David was searching for a place to skate. The idea was to have a roller skating party indoors. Since there are no roller rinks in San Francisco, he had to search far and wide where someone who would allow him to use their building for roller skating. The owner of the closed up Sacred Heart Church of Fell St. and Fillmore gave him permission. The event was so successful the owners allowed him to repeat the event. Today that building is now The Church of 8 Wheels, San Francisco’s Roller Disco. It is the most successful rink in the SF Bay Area. In 6 years, it was won “Best of the Bay” awards from multiple magazines including 5 years from San Francisco Magazine. Today the Church of 8 Wheels is one of those wonderful experiences that makes the Bay area such a fantastic place to live.

DMJ Skate Sports Marketing LLC is the company formed to produce all levels of skate events. We build mobile roller rinks and install them throughout California and Nevada. The past three years we build the roller disco at the Electric Daisy Carnival in Las Vegas. We built a mobile roller rink for the City of St. Helena, Ca. We build a month long roller skating experience for Ft. Mason Center in San Francisco and a two week mobile roller disco experience for the City of Santa Barbara, Ca.

David is married with three children. He met his wife Rose while skating in Golden Gate Park. They have been together for 41 years and have three kids, Melanie, Tiffany and David lll. All champion skaters, the Miles family has been known as the First Family of Skating in San Francisco. Melanie Miles was the first Red Bull National Freestyle Dance skate Champion in 1998 and lost to her sister Tiffany in 1999 by 1 point. The entire family is part of DMJ Skate Sports Marketing. This is our family business where everyone in the family participates. This is the perfect example of the family that skates together.